Swedish Forces Pack have been updated to version 0.3.1.
Many changes and fixes since the ArmA3 Beta changed many things.

and to enjoy all this are over 15 missions for 2-40 players. Coop and PvP. 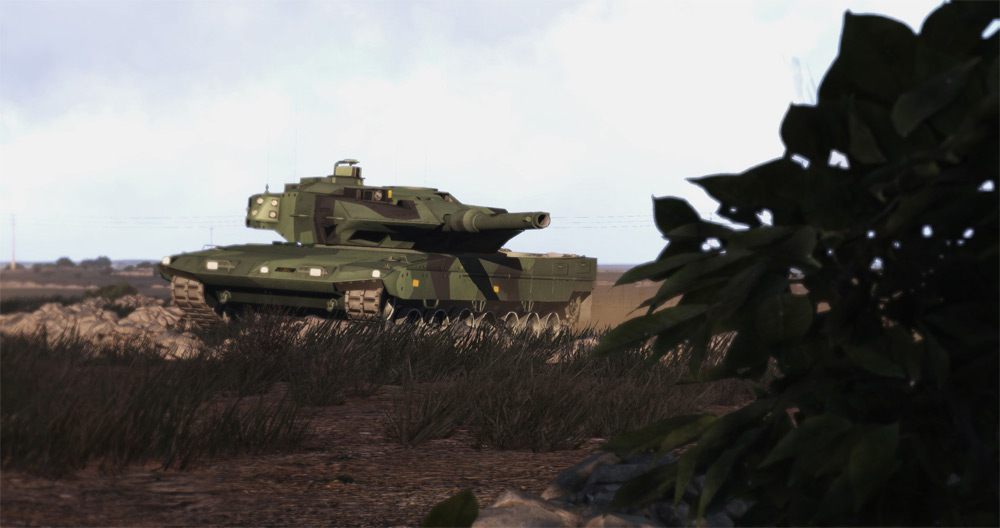 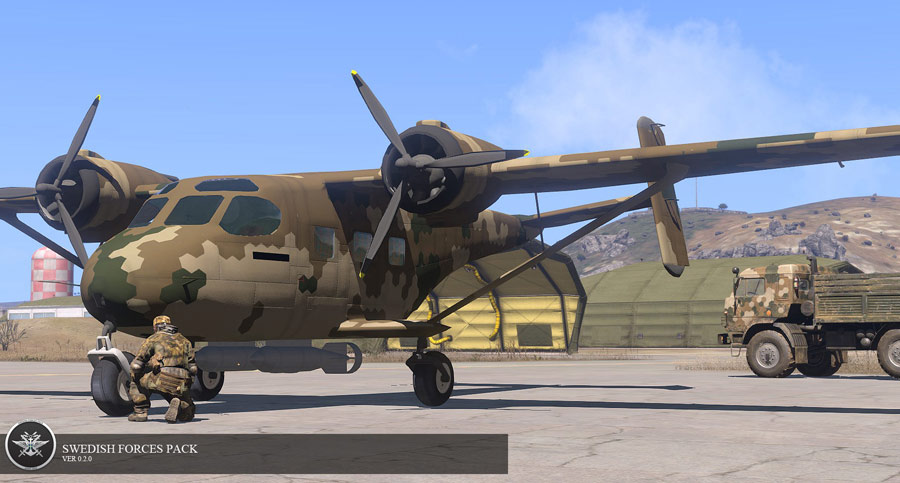 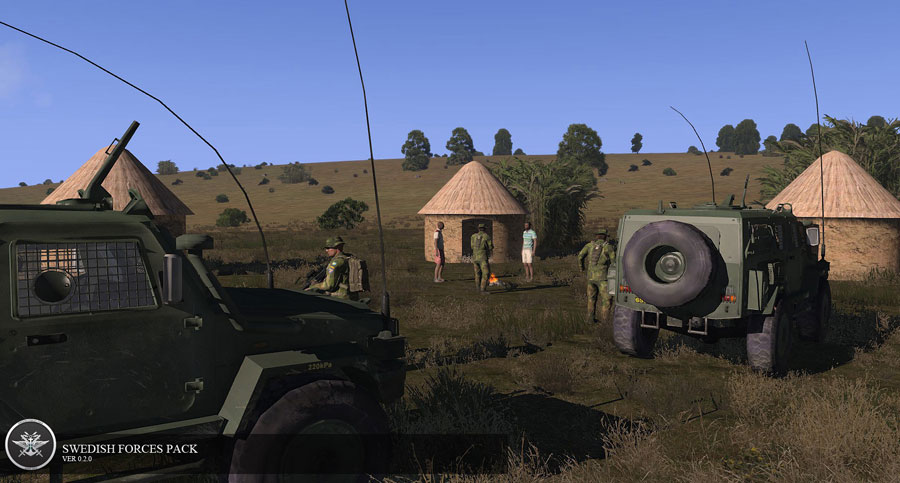 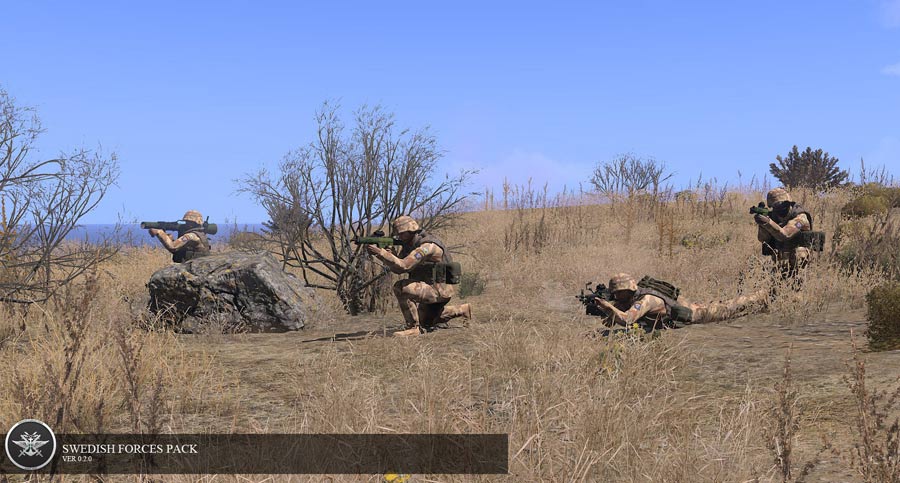 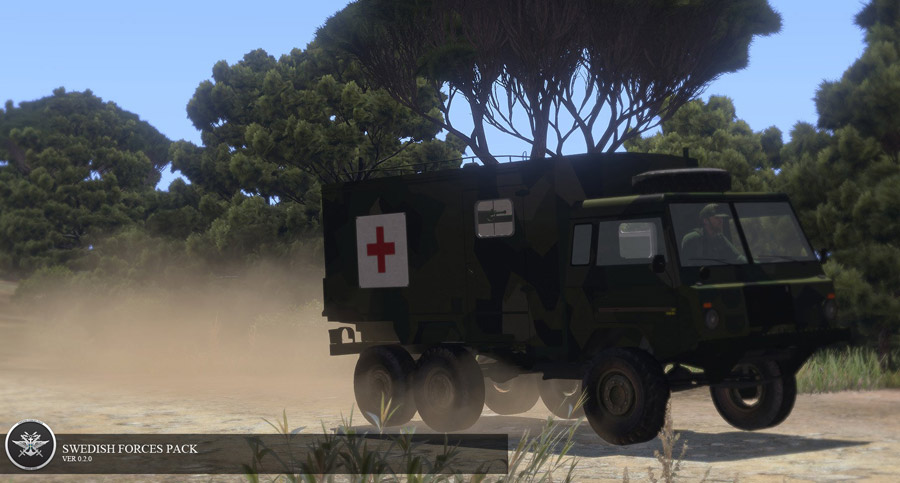 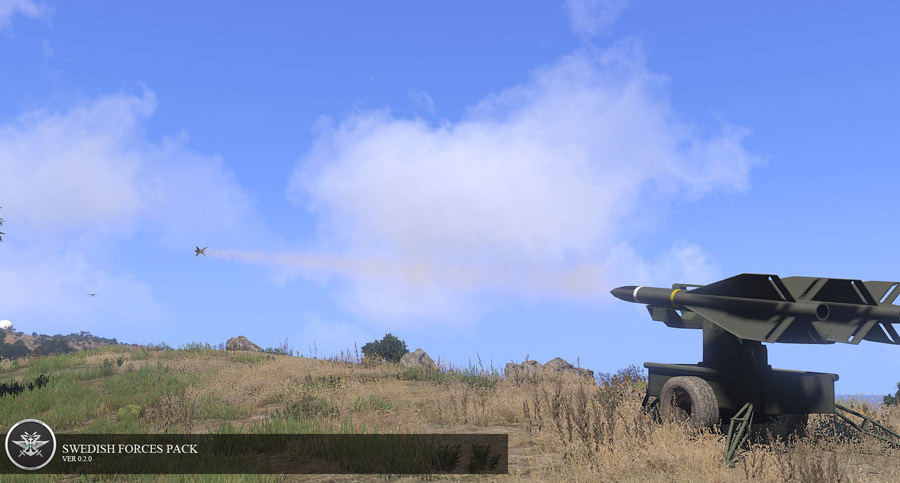 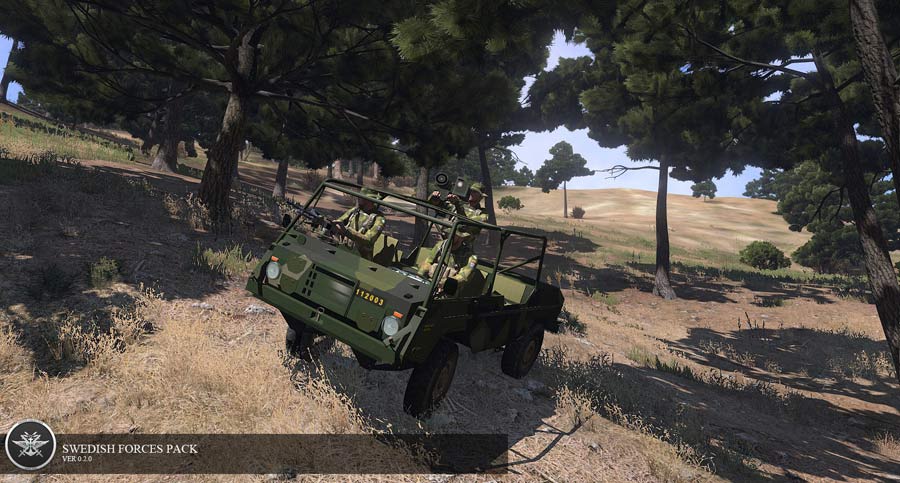 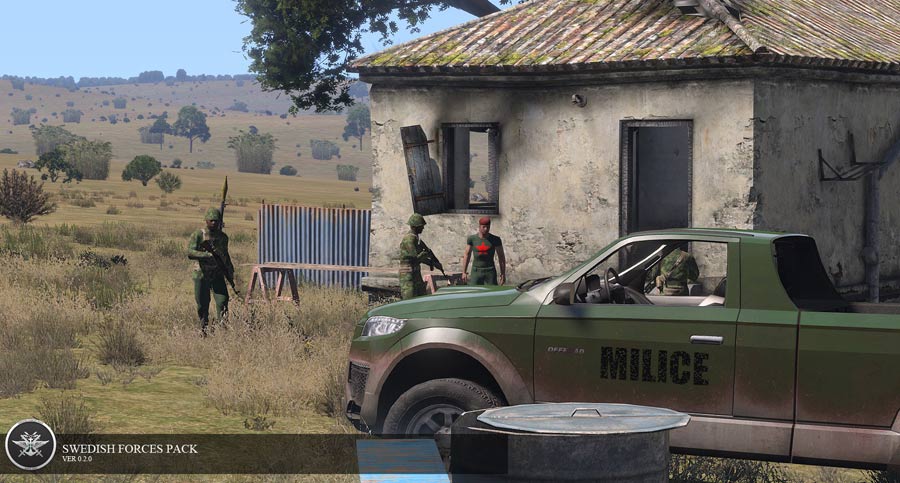 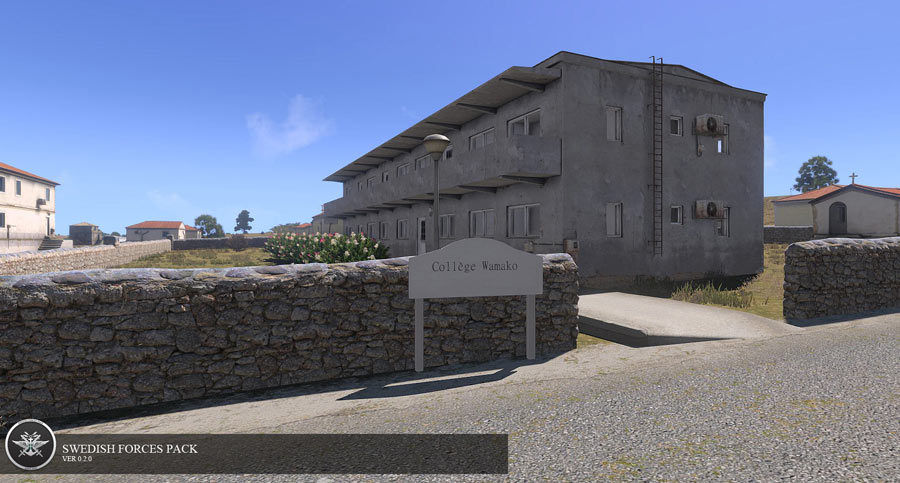 Release have been updated. For more details, please refer to the change log.

Please be aware!
There are some limitations we can't fix due to not having the proper tools for ArmA3 yet, however we do as much as we can and we can fix those things later.
This is for the stable version, again BIS is changing classnames and stuff in dev branch and we can't keep up with all changes. We will patch it later.

Package include:
Worlds
Wamako, an African island under development.

Wamako factions:
Army, the government supported by Sweden.
PNW, Nationalistic party that thinks the current government is too weak.
Milita, former communist and today leaning towards more "al queda", just hate everything from "the west."
Police and civillians.
This means more headgear and stuff that is worth mentioning.

Older teaser for the 0.1.4 release


From our beta testing @ Anrop.se

GRG AT / Sniper didn't have ammo for pistol.
UN Soldier (AK 4) had an incorrect loadout.
1981 Soldiers helmet now named M37.
Tgb vehicles engine performance tweaked. Steering will be fixed later.
Norrköping textures and interior have been updated.
Inventory pictures fixed for some of the Wamako uniforms.

New gear:
Added a new vest, Stridsväst 08. (More gear is on its way, like new backpacks)

New units:
All 1981 soldiers been updated.

Fixed:
Ak5c now use the correct rvmat in first person and inverted the green channel of the normal map so it renders correctly.
Ksp 58 mag was missing.
Description text on the Ak 4, Kpist m45, Ksp 58 corrected.
Cases ejected in the wrong direction on the Ksp 58.
Wounded textures on soldiers.

New objects:
A 5.56 ammo box, a more realistic option than ArmA standard ones.

Fixed:
Shadow on the Ak5's front grip.
Aimpoint have correct inventory picture.
Units now have NVG's in inventory rather than one, because "it looks better."
Improved shadow lod for all modern units.
Support for clan logo on units. (Right shoulder)
Sight on Ak 5C without attachment fixed.